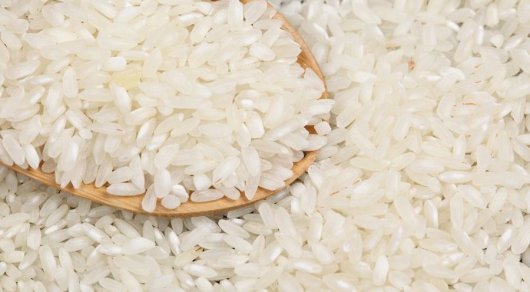 The Committee on Consumer Rights Protection (KZPP) MNE RK commented on the case of unusual rice, which was purchased in one of the city's shops. According to Aigerim Saduova, the head of the Committee for Monitoring Compliance with Technical Regulations and Sanitary Measures, Tengrinews.kz, Kazakhstan consumers have not complained about plastic rice to the territorial bodies and the central office of the Committee.

“There were no cases of plastic rice being delivered to the territory of the Republic of Kazakhstan, since during the monitoring we monitor the sale of cereal products every month. We have statistics on violations of the sale of rice and other cereal products, but the violations there concern part of the labeling, microbiological and sanitary-chemical indicators, or in terms of indicating a single sign of treatment. We have had cases where the cereal contained mold due to improper storage conditions or improper conditions of the rice preparation technology. But as part of the cereal stmassovyh some substances have been identified, "- said Saduova.

At the same time, Saduova noted that the Committee’s employees did not have the authority to check the store where the strange groats were purchased.

“Since the consumer who purchased the products did not officially contact our territorial division, and we do not have information about the store, it is not possible to check this store. Because Article 144 of the Entrepreneurial Code states that the basis for verification is the appeal of a physical or legal persons on a specific fact of violation.In this case, this man can contact us, attach a check from the store, maybe some photos or just write a letter in writing with the address of the store . Then at some us via TSPSI Prosecutor General we can be checked ", - noted in KZPP.

At the same time, experts do not exclude that the use of a product containing foreign substances that are not characteristic of food products can cause "negative consequences" in the form of indigestion or some other reaction.

"The fact of foodborne toxicosis, most likely, will not happen, it can simply cause other diseases. Because it is a product that will not be digested, it will naturally bring discomfort, emit some harmful substances," the Consumer Protection Committee concluded .

Recall that earlier a resident of Almaty shot an unusual rice on video, which he purchased in one of the city's shops.

“On the counter were several bags, seemingly beautiful, transparent, decent such rice. Yesterday I wanted to cook, washed several times, I looked - the rice was changing in front of my eyes, it was kind of half white, half transparent. Then in five minutes it turned white. I he took it simply with his hands, began to rub between his fingers - the whole rice turned into powder, "said a resident of Almaty named Vladimir. He also noted that when he was sorting through rice, there was not a single small pebble and speck in it, the contents of the package were ideal.

The man suggests that he bought Chinese plastic rice. According to him, they did not eat suspicious croup. He hastened to throw out bought in a garbage bin.

“I want to warn Almaty residents that they should be careful when buying rice. I myself faced this for the first time, it’s a very unpleasant situation,” the buyer said.

RSE on the LEJ «National Centre of Expertise» of the Committee for Quality and Safety Control of Goods and Services of the Ministry of Health of the Republic of Kazakhstan Astana city branch
Developed by KazInSys
© Copyright 2019 - nce.kz - all rights reserved.
Install the application:
1) Open the website in Safari
2) Click save
3) Add to home screen